How do your assumptions block you? 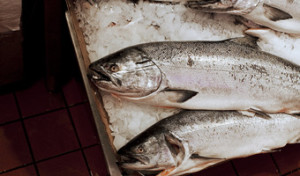 Here is how the business of assumptions works.

Researchers placed a large pike fish in an aquarium with several dozen minnows. For a time, the pike ate the minnows to his heart’s delight. Then the researchers separated the pike from the schools of smaller fish by placing a glass partition in the aquarium.

Now the pike could see his lunch through the glass but, try as he would, he could not reach it. Finally, after dozens of unsuccessful attempts, he gave up. The researchers removed the glass, allowing the smaller fish to swim freely around the pike. But this time he didn’t even notice them – and starved to death in the midst of a feast.

The pike had allowed himself to be programmed into thinking that the minnows were out of his reach forever. This programming became an assumption that colored the filter through which he viewed the world. It became his reality. When conditions changed and the assumptions were no longer valid, he could not adapt. It was a fatal mistake.

What assumptions are blocking your growth?